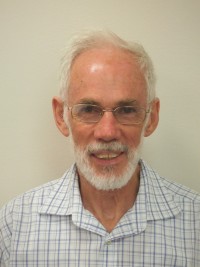 MAL HEWITT OAM - PRESIDENT
Mal Hewitt graduated from Sydney Conservatorium on 1966, majoring in violin and voice.
Most of his teaching career of 40 years was spent in Western Sydney, where he established band and orchestral programs in several high schools.

From 1981 to 1989 he  worked in the DET Performing Arts Unit, leading the state-wide performance programs and music camps.

​He has worked with youth orchestras and choirs from USA, Canada, UK and Europe, and throughout Australia, and established The Occasional Performing Sinfonia (TOPS) in 1993, of which he is musical director. Retired from DET in 2005, Mal remains very much involved in music education. 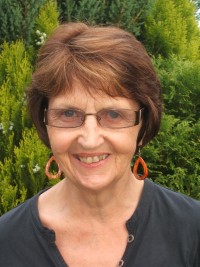 RUTH HALES - MEMBERSHIP SECRETARY
Ruth Hales graduated from Sydney Conservatorium and Sydney Teachers' College in 1964. Her first teaching appointment was at Pendle Hill High, then followed a couple of years teaching in Scotland.

​After a break  while her children were young, she returned to teaching  in Sydney's north for 26 years. Although officially retired, Ruth still works casually at a local school and remains dedicated to helping to raise awareness about the necessity to include music in the school curriculum. 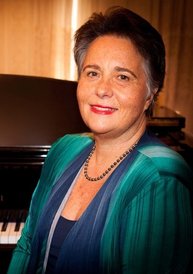 MARGARET BRANDMAN-COMMITTEE MEMBER
Composer, pianist, music educator and author, Dr Margaret Brandman has been teaching, composing, performing and writing since 1970.  Her composition studies were undertaken at Sydney University with Peter Sculthorpe.  Brandman is a represented composer at the AMC and her published works are available in Australia through Encore Music Distributors. In addition she has works published by Furore Music in Germany and Santorella Music in the USA.

Many of her compositions are included on both the AMEB and ANZCA syllabuses and have often been performed by senior students for the HSC.

Margaret has devised many innovative teaching methods and has produced over 30 published educational works including the high school text Accent on Music which she co-authored with Lynn Lollback. In addition, Margaret was a contributing writer to the AMEB Music Craft workbooks.

​In 2012 Margaret was awarded the ‘Diploma of Excellence’ by the World Piano Teacher’s Association in Serbia (2012), for her DVD presentation ‘The Geometry of the Piano and the Symmetry of the Hands’.
In November 2013 she produced and performed in, Rhapsodies to Rhumbas at the Joan Sutherland Performing Arts Centre in Penrith. In this landmark concert event, a team of 10 musicians and 2 singers performed an entire evening of Brandman compositions ranging from works in the contemporary classical genre through to jazz influenced compositions. 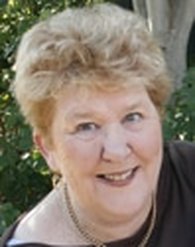 ​DI HALL - COMMITTEE MEMBER
Di graduated from Sydney Conservatorium of Music and the 4 year Specialist Music Course to begin a teaching career in Tamworth in 1967. She has taught in most high schools in Tamworth during a long career in the classroom establishing choral, instrumental and classroom music programs.

​After 15 years building a successful music department at Oxley High School in Tamworth, Di took up a new challenge of Arts Consultant in the Tamworth and Moree areas with the DET. This position was created to assist schools and teachers to establish programs in Music, Arts, Dance and Drama in schools.  Since the demise of that position, Di is currently one of the ten State Regional Arts Coordinators spending long hours running camps, festivals and workshops (and any other Arts activities) in the New England Region and across the state.

She has also lectured in music method (teacher training) at University of Western Sydney and is the author of many music and education publications.  Lynn has devised and presented many Arts-based workshops including Music K-6, Music 7-10 and particularly H.S.C. workshops around the State.

Throughout her 40 year career, Lynn has led music education professional associations, including  ASME. She has been a working member of many Creative Arts Funding organisations developing workshops, camps and performance events to promote excellence in music learning and teaching.

In 2007 and 2008 Lynn worked with the Regional Arts Coordinator to conceptually develop and lead the Western Sydney Showcase of Excellence "Pulse" for the Opera House. Now retired, Lynn continues to support Music education by teacher inservice through “Teacher Training Australia”.
​
"I look forward to continuing my endeavours to promote music education through teacher support and in-service and to promote excellence in the arts from K-12 and beyond."